The Buddy-Bag Foundation has been supported by the Warwickshire Royal Arch Benevolent Fund over the last two years, to which Chapters have so generously made donations.

Through your generosity the BBF have been able to ease the suffering from domestic abuse, which many families find themselves in this situation, particularly children. 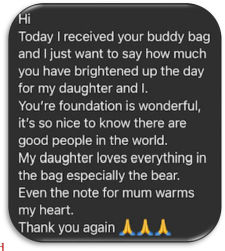 This message was sent from a Mum who had received a Buddy-Bag, unfortunately I had to delete the child’s photo due to the sensitive nature of the situation.

This does not detract from the impact of the content of the message and from a Mum who would like to say thank you to the Warwickshire Royal Arch Masons and to remind you of what a difference you have made by your generosity. 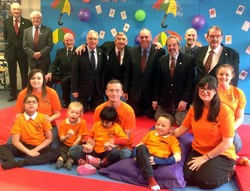 Another recent donation of £23,000 from the Benevolent Fund has been committed to the Wilson Stuart School in Erdington, Birmingham http://www.wilsonstuart.co.uk/ to fund new rebound therapy and nursery facilities. 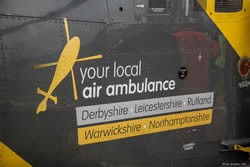 The first beneficiary of the Royal Arch Benevolent Fund charity was the Warwickshire Air Ambulance where a donation of £25,000 was made in 2007 to enable them to continue their vital service.

Smaller donations have been made to charities, some of whose logo appears below, by a supplement from the Royal Arch Benevolent Fund to Chapter originated donations substantially adding to that which they had raised. 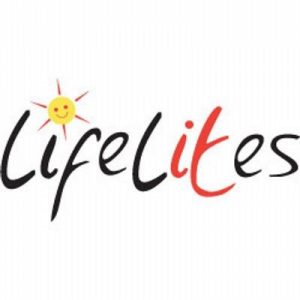