From Initiation to Exaltation

The Next Regular Step for the Master Mason. 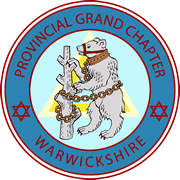 This Document is also avalable to download here. From Initiation to Exaltation

What is Royal Arch Masonry?

In the Book of Constitutions given to every Craft Mason under the English Constitution it states by way of a Preliminary Declaration that, on the Act of Union between the two Grand Lodges in December 1813: “Pure Ancient Masonry consists of three degrees and no more i.e. those of the Entered Apprentice, the Fellow craft, and the Master Mason, including the Supreme Order of the Holy Royal Arch”. The Order of the Holy Royal Arch is an integral part of the Pure Ancient Masonry, being the completion of Craft Masonry, and the essential next step in Freemasonry for all Master Masons.

Why Join the Royal Arch?

The Craft teaches us a moral code by which we should conduct ourselves and gives its members eminently practical rules by which they can live their lives based on the solid foundations of Freemasonry – the five points of fellowship and the three great principles of Brotherly Love, Relief and Truth. In the Craft, we are taught to consider our worldly attributes – our relationship with fellow man and society at large, and those less fortunate than ourselves.

However, man is not simply a practical being but has an essential spiritual aspect to his nature. This we pursue in the Royal Arch in which a candidate, without trespassing on the bounds of religion, is invited to explore further his spiritual awareness and his declared belief in a Supreme Being.

Thus the Royal Arch leads the candidate from the practical to the spiritual and completes “Pure Antient Masonry”, a fascinating journey of self-knowledge and even self-discovery beginning with the Entered Apprentice degree in the Craft and culminating in the First Principal’s chair of his Holy Royal Arch Chapter.

After the Third Degree

The Masonic story cannot end with the Third Degree – an ending of sadness, tragedy and death as our Master, Hiram Abif, meets an untimely demise at the East gate at the hands of three unscrupulous characters. There has to be a happier ending. In Craft Freemasonry, a Brother acknowledges a belief in a Supreme Being, yet in the Craft ceremonies, this relationship is not explored further. It is in the Royal Arch that a Mason continues and completes his education and knowledge of Craft masonry and is invited to reflect and contemplate upon his personal relationship and spiritual well-being with his God, in whatever form this Supreme Being presents itself to him.

It is therefore justly claimed to be the fulfilment of “Pure Ancient Masonry” and no Brother can consider his Masonic knowledge complete until he has become a Companion of this Supreme Order.

Having been raised to the Degree of a Master Mason, you are now eligible to be exalted into the Supreme Order of the Holy Royal Arch, and come to understand why the Royal Arch is considered the Supreme Degree and the very essence of Freemasonry.

A Royal Arch Chapter is a Masonic body which is attached to, but organised separately from, a Craft Lodge and is not in any way directly governed by it. Chapters usually meet three or four times during a Masonic season; meetings are called Convocations.

The joining and annual fees payable are generally proportionately less than those of a Lodge. Due to its close affinity with the Craft, the Royal Arch does not hold its own Charity Festivals but looks to support the Craft in its endeavours as best it can. Charity giving in the Royal Arch is therefore usually restricted to Alms Collections or very occasional special appeals such as the recent 2013 Bicentenary Appeal for the Royal College of Surgeons.

There should be no pressure on any member to progress through the various offices of his Chapter until he is confident enough and ready to do so. Most new Companions are encouraged to attend, listen and observe as they learn more about the significance of the Holy Royal Arch. They will cultivate new friendships in their Chapter whilst they continue their progress through the Offices of their Craft Lodge and, in time, we hope they will be ready to participate in the beautiful, colourful and profound ritual of the Holy Royal Arch.

There are some of course who are anxious to take part in our ceremonies at the earliest opportunity and enjoy doing so. It is up to you – you will know when you are ready but just being a member of our Order is the most important consideration. You will receive a warm welcome.

The Supreme Degree of the Holy Royal Arch is the only other Order formally recognised by Grand Lodge.

This of course should not prevent you from exploring the many other wonderful Orders in Freemasonry but if you are to adopt the correct sequence or join just one other Order, it should undeniably be this one.

Supreme Grand Chapter administers the Royal Arch from Freemasons’ Hall in Great Queen Street – its principal officials are invariably the same as those of the United Grand Lodge of England. Within our Province of Warwickshire, we are led by a Grand Superintendent, a Deputy Grand Superintendent, a Second Provincial Grand Principal and a Third Provincial Grand Principal. Their photographs and contact details can be found in the appropriate pages of the Provincial Year Book. Each year we hold an Annual Convocation, usually in June, – the equivalent of a meeting of Provincial Grand Lodge in the Craft.

Which Chapter and How to Join

There are 63 Chapters in Warwickshire, each one attached to a Craft Lodge and where both share the same Lodge/Chapter number.

Freemasons of all faiths, who have been Master Masons for at least four weeks can apply for membership, but must be proposed, seconded and balloted for by the members of the Chapter to which they seek admission.

Some Brethren prefer to join a Chapter where they are well known whilst others have a preference to join at a different Masonic Centre altogether. Whichever you choose, you will make new friends as more than just one Lodge supports each Chapter.

Your guide here is of course the Provincial Year Book. Each Chapter lists its members and gives contact details of the Chapter Scribe E, who is the equivalent of the Lodge Secretary. He will be delighted to receive your telephone call.

Alternatively, you are welcome to contact direct the Provincial Scribe E who will be only too pleased to discuss with you any aspect of the Royal Arch. His contact details you will find in the Provincial Year Book in the pages with red edge and are shown below.

In any event, your Lodge Royal Arch Representative should already be known to you. If not, he will soon make contact with you – his role is to provide a point of contact and as a senior Royal Arch Mason of some standing, he will further explain to you the concept of the Royal Arch, its positioning in “Pure Ancient Masonry” and the steps you should take as and when you feel you are ready to proceed.

Where Can I Learn More?

Thank you for your time and interest in reading this leaflet. We hope that it has helped you to learn and understand something about the Holy Royal Arch and to stimulate you to find out more about this wonderful and colourful Supreme Order.

This Document is also available to download here. From Initiation to Exaltation