A little red book – our Correspondent returns to Warwickshire 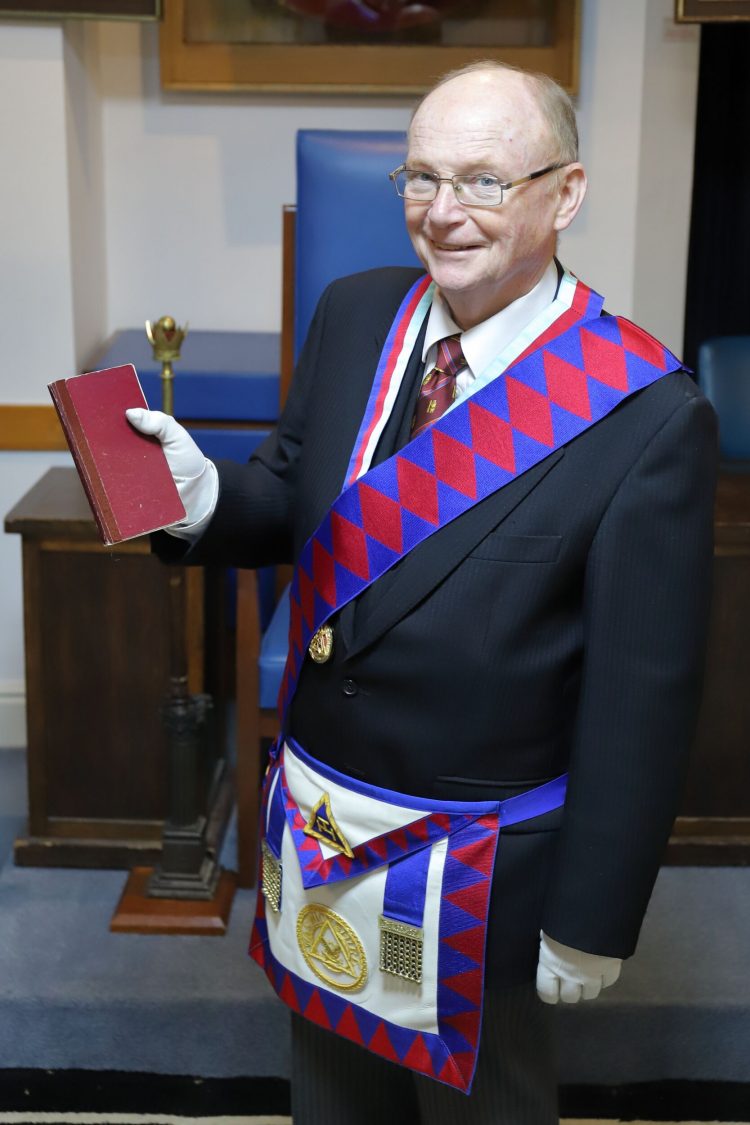 These days we are encouraged to recycle as much as possible. The Companions of Coventry Foundation Chapter took this to heart at their recent Installation Convocation when all three Principals were recycled! It may be small in size but Coventry Foundation Chapter is in good heart. They warmly welcomed the Provincial team, headed by the Presiding Officer EComp John Emms, with open arms. He was accompanied by EComps Stephen Fowler and David Mander who acted as the Second and Third Provincial Grand Principals respectively as well as a number of acting Provincial Officers and Officers of the Year.

I would not normally single out any one Companion but it did transpire to be the Frank Corrigan show. As Installing Zerubbabel, he inducted the new MEZ before being inducted as H himself. This lead to a most unusual moment – EComp Frank vacated the First Principal’s chair for the first part of his induction into the Second Principal’s chair, leaving the MEZ’s chair empty. He soon returned to his rightful place and when commenting on it later, EComp Frank explained that the Provincial DC’s handbook contains about 20 different scenarios but not this one – I sense a new edition coming soon!

EComp Frank inducted his successor and the incoming Joshua in a wonderfully calm and sincere way. He then proceeded to deliver the addresses to both the scarlet and blue robes superbly. His command of the ritual demonstrated his worth both as a Companion of the Chapter as well as his current Provincial office as an acting ADC. It is evident that the Grand Superintendent believes this too as he will be promoting EComp Frank to ProvDepGDC at the Annual Convocation of Provincial Grand Chapter in Rugby on Saturday 6th July.

Another moment worthy of note came at the end of the meeting when the Charity Steward, EComp Nick Renton, got out his little red book. Not that famous ‘little red book’ from the pen of Chairman Mao, nor that from which we get our wonderful ritual; rather this was the Almoner’s little red book. EComp Nick explained that the first entry was from the consecration meeting back in March 1946 (assuring us that he wasn’t present on that momentous occasion) when the alms collection amounted to some £7.5/- and that the book contained details of every alms collection since along with donations to many different charities as well as to companions and widows of the Chapter in their hour of need. EComp Nick reported that the book was now full and presented it to the SE to be kept with the minute books as an historical document charting this important facet of the Chapter’s life.

As suggested earlier, the Chapter is not particularly large. With 20 staying for the meal, the smaller number afforded us a rare treat – dining downstairs around that wonderful table and the result was a delightfully intimate and atmospheric Festive Board. On behalf of all the visitors, thank you again to the Companions of the Chapter for making our sojourn in Coventry so special. 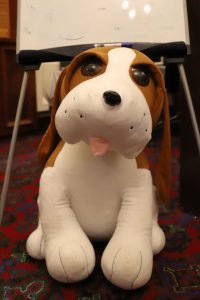